We are excited to report that with your help, Arrow has raised the $300,000 needed to fund a room in the new bone marrow transplant ward at St Vincent’s Hospital, Sydney. Fundraising kicked off with an appeal letter in June 2015, and we remained committed to reaching our goal until the target was reached in June 2017.  It was a huge commitment for a small charity like Arrow, and a testament to what can be achieved with the generosity of our supporters.

The new transplant ward will place patients in negative pressure rooms to reduce transmission of disease via the airborne route. This is particularly important for reducing the risk of micro-organisms being spread by airborne transmission from one patient to another, and from other persons in the hospital including visitors.

Charles P. Curran AC, St Vincent’s Curran Foundation Board of Trustees Chairman, said “Arrow’s support of the Bone Marrow Transplant Unit over the last thirty years has been of very significant benefit and all of those who have been involved should feel pleased and proud at what has been achieved.  We now look forward to the early undertaking of work on the new Bone Marrow Transplant Ward and we thank Arrow for the assistance it is providing for this project.”

Work started on the new ward in October 2017 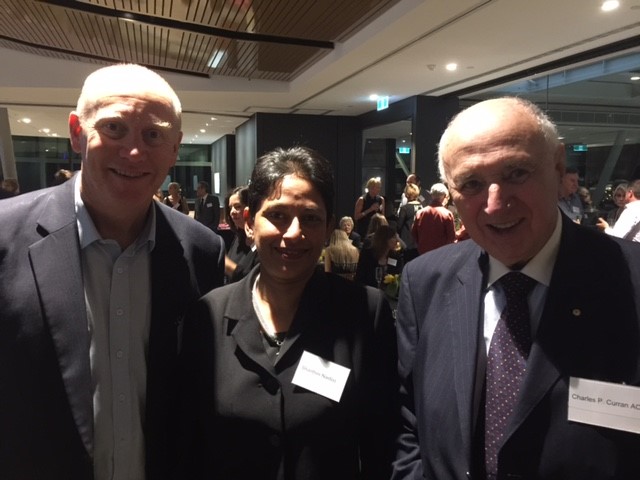